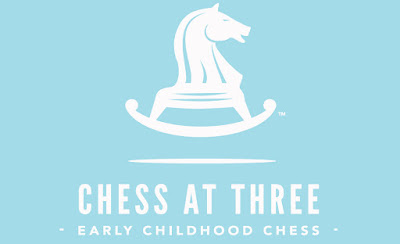 I was introduced to chess by an old friend many years ago and have either played or thought about the game every single day ever since.  Chess became a target for my camera, a part of my program activities, and a part of my daily energy.  I've played a bunch of games against people, losing many and winning some.  I didn't get introduced to the game formally until well into my twenties.  It's never too late. At every1plays we're always about encouraging the game and playing when we get the chance.

I found out about Chess at Three from a good friend who works in the early childhood arena and it was great to learn that there is a program out there pushing for chess to be merged in the classroom for the little ones.  When Grandmaster Susan Polgar came to visit the Sun City she stressed the same message which at the time was all new to me.

Check out Chess at Three and if you have children in day care or pre-K/elementary ask their teachers or administrators what they're doing during the school day to engage children in the game of chess.

Chess At Three is the featured link for #e1plinks for the start of July.  Check out our tweet below which includes a video about the program. If you're on Twitter click on the image below and retweet! 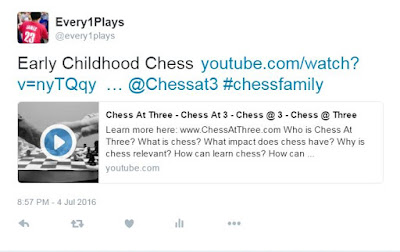 Email ThisBlogThis!Share to TwitterShare to FacebookShare to Pinterest
Labels: #e1pchess