I didn't get the chance to catch very many Mayweather fights throughout the 90s, let alone after when I started college.  I want to say I remember seeing a Mayweather battle on Tuesday Night Fights a long time ago, but I can't recall... Without access to networks like HBO, I think I missed out on a lot of Mayweather battles of back then and its probably the main reason why I'm barely learning about Money Mayweather today.  That, and I'd have to admit that I'm a shotty boxing fan.  Especially after having been spoiled by the wars of fighters from the 90s like Roy Jones, Hopkins, Pazienza, Duran, Tapia, Oba Carr, etc.  I didn't have the motivation post millennium to follow boxing like I use to.  Even my fighter on Knockout Kings didn't get no play.

So with Mayweather, for a long time I was a hater.  That or I just didn't pay any attention.  It wasn't til' a friend that go by B.Ronin use to break down Mayweather's brilliance that I started to at least think about it. But still I was hard headed, didn't really care and got distracted by all the media hype.  In other words, since I didn't see many of those fights, everything I'm hearing revolved around stuff that was goin' on outside the ring... it had very little to do with the Mayweather's boxing game that B.Ronin was trying to make us understand.

So this past month, I decided to get the families together and catch the fight.  First payperview we ever paid for.  Had all R.Bros in the place to be including Lil' Lucy and E-Man, Megs, her mom and pops, Queen Luz, King Kong, everybody.  That whole afternoon I'm frying tons of chicken, watching the countdown to the fight, listenin' to podcasts on the fight, just getting ready.  I mean my interest was also inspired by the Showtime fight we had watched prior with Las Cruces's own Austin Trout against Canelo.  That and the promotion team on this one did a really good job building the fight up.  Cause unless its on somebody elses ticket, we NEVER pay for payperview fights.

Most of all though, I wanted to finally watch Mayweather go to work.  Up to this point, I could never say that I watched his bouts closely and studied what B.Ronin had been telling us before.

Against Canelo, I thought Mayweather was brilliant.  "Hardwork & dedication!"  ...dug hearing throughout the fight.  And while yeah, I could understand how some people could get side tracked by the character, his personality, and the extra stuff... after watching this fight, I don't see how anybody can deny Money.  It was a fun fight to watch, and I might not be up on my boxing knowledge, but I felt Floyd Mayweather taught a young Canelo and other fighters a lesson that night.   He taught everybody watching a lesson too.

Throughout the month, I've been running into some folks and we'll talk about the fight.  And now that I've finally seen a Mayweather fight I think I can talk about, it's crazy hearing people hate on the dude.  I mean, between Obama and Mayweather, I think the saying that 50% of people in the world are going to love you, and 50% are going to hate you needs to be recalculated.  People got feelings out there.

Anyhow above is post fight with Mayweather and Canelo.  Also includes Danny Garcia and his pops, a training/fighter, son/father combo to keep your eye out for if you like me and wasn't paying attention before.  Boxing needs these great stories.  Love em' or hate em'.

Posted by Lecroy Rhyanes at 12:33 PM No comments:

Posted by Lecroy Rhyanes at 11:13 PM No comments: 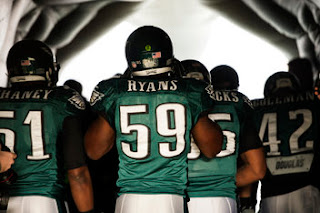 "Eagles Believe in High Pace Offense"
Click on image for video*
Posted by Lecroy Rhyanes at 10:55 PM No comments:

Finally got the chance to see the flick with family including youngest brother BBZoo before the school year started.  Reminiscent of Spike classics like Crooklyn, from the quality, characters, music, etc..  Seeing Clarke Peters get his acting debut in a Spike Lee Joint is up there with my favorite film moments of the year.  An incredible actor, I first got introduced to Peters work as Detective Freamon on The Wire and Big Chief on Treme, two shows that are sure-fire to a collection of must own blu-rays.  Acting debuters Toni Lysaith and Jules Brown are featured in the videos below (whatsup with that second to the last question?):

Posted by Lecroy Rhyanes at 9:43 PM No comments:

Why I'm a Writer 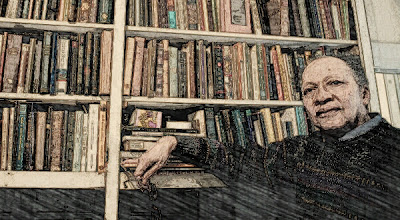 "We each are born into a history.  We have a mother and a father; we have certain physical features and are born in a specific place.  As writers, we get to invent different histories for our characters.  To do this skillfully, we must seek to more deeply understand our own individual histories and their effect on us."