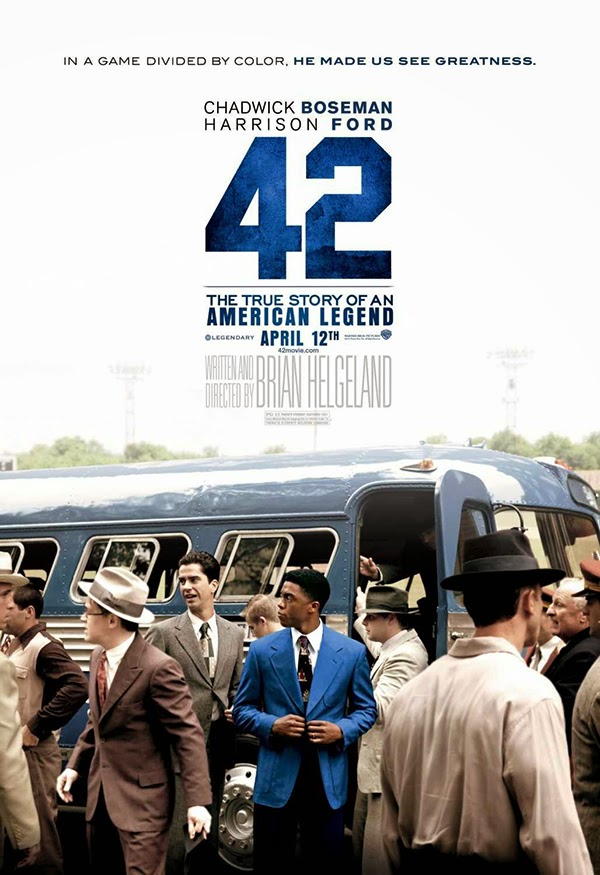 After my first unsuccessful run, I thought if I started playing the Albertson's Monopoly game from the beginning that I was bound to win something.  I visit the store frequently for food and house stuff so I collected as many tickets as possible in the second season of the game.  Even started keeping track of the tickets I needed.  For about half the alphabet I only needed one ticket.  I was certain I'd get at least one of those tickets since it was so early in the game.  Needless to say, I didn't complete any of the categories on the Monopoly card and ended another season with nothing.  On my very last ticket though, I noticed it was different from the other tickets.  It was for a free rental from Redbox.

I've been renting movies since the days when you could get a VHS at a gas station.  Not to make it sound like I'm that old but how long has the world been "renting" movies anyway?  I remember at the time the membership process of Blockbuster sounding to complicated and expensive so I stuck with grocery store/gas station rentals for as long as they stayed around.  I loved movies.  My parent's were one of the only families in Rockenhausen, Germany with a VCR when the Army stationed my Dad out there in the early 80s.  Throughout the decade my parents accumulated a bunch of VHS recordings of flicks like Gloria, Barborosa, Scarface, Silent Rage, Bad Boys (with Sean Penn), The Rose, Star Wars, 48 Hours, Rambo First Blood, Death Wish 1 & 2, the first couple Rocky flicks, Conan the Barbarian, Urban Cowboy, Halloween, The Toy, TV music videos, and a crap load of other flicks, like Escape from New York, Kramer vs. Kramer, Disney & He-Man cartoons, etc.

When I graduated from high school and moved to New Mexico I was able to manage the costs and time of renting flicks from places like Blockbuster and started collecting my own personal favorites like Menace II Society, Belly, Boys N the Hood, New Jack City, Out of Sight, Do the Right Thing, Clockers, Jackie Brown, Pulp Fiction, Malcolm X, Mrs. Doubtfire, Good Will Hunting, Goodfellas, Mo Betta Blues, Juice, Above the Rim, New Jersey Drive, Rosewood, Friday, Nothing to Lose, Life, American Me, Money Talks, Bound By Honor, Godfather, Taxi Driver, The Professional, Rounders, He Got Game, Sandlot, and a few others.  Around this time places like Hollywood Video started popping up and I also started renting from places like Hastings.

Fast forward to 2014 and most of those rental places are gone.  I read back in November of 2013 that Blockbuster (the last rental I see around here) is shutting down the last of its stores.  Every time I see one I wonder what it's going to turn into.  With Netflix, Gamefly, other web streams & wireless everything, the thought of renting or taking back anything is tomorrow's new joke.

But back to my free rental from Redbox... The whole process is new to me.  I've seen people standing around those bulky red vending machines, sometimes late into the night... Walking by a Redbox I'd glance at the flicks on display and it looked like the same collection of flicks you'd find on stock at a Wal-Mart.  Nothing special for a fan of films.

With my free rental ticket from the Albertson's Monopoly game, I stood in front of the Redbox kinda lost so I asked the clerk to walk me through the process.  At first, I selected the Wolf of Wall Street, based on what I liked about the Oliver Stone flick from the 80s.  She said the box didn't have it.  So I asked to search for the Gravity flick... the box didn't have it.  I didn't care about anything else on display but wanted to use this stupid ticket.  It was my only real winning from the time I wasted on that Monopoly tease.  The clerk started scrolling through the search, giving instructions along the way when I noticed the Jackie Robinson film 42 on Blu-Ray.  For a long time, I've avoided watching the flick.  One, never been interested enough in baseball, two, I thought about Bill Burr's bit (click here), and three, Hollywood is known for barfing out some really bad bio flicks.  But, my co-worker told me I really need to check it out and his recommendations are on point... seeing that it was something the Redbox had in its belly, I asked the clerk to help me figure out how to use the Monopoly ticket for a copy of 42.

From the start of the flick Chadwick Boseman had me locked into what I'd have to say was my first journey through the life of Jackie Robinson.  Even as someone that has dug into the history of sports through figures like Muhammad Ali, Jack Johnson, Joe Louis, Oscar Robertson, Jim Brown, Nolan Richardson and some of what I've been learning through the 30 for 30 documentaries and other books/publications... I can't recall ever getting much of a history lesson from anyone on Jackie Robinson.  Beyond knowing that he had done something great in the world of baseball as an African-American, I'd only heard him mentioned by one of my favorite film producers Spike Lee... and while I've heard of Jackie Robinson's legacy before, it was almost always in footnote fashion, never anymore detailed then the street names I drive past of other famous baseball players.

I blame a part of my lack of knowledge of Jackie Robinson's legacy on myself, for sure.  While I know of him, I've done nothing in the past to tap into the details of what exactly he had accomplished and the circumstances under which he built not only his legacy, but a movement against such a blatantly racist, exclusive, and dangerous system as existed during his time.  Watching Chadwick capture this role made perfect sense as to why we may have had to wait this long for the right person that would be able to study and relive what Robinson's experience and impact meant.  I really believe that this role was meant for Chadwick and Chadwick only.  There were times when I'm watching the film and just in disbelief by the expressions he's able to capture from Jackie.  Chadwick Boseman was right on time for this film and just as the random nature depicted in the scene where Branch Ricky discovers Jackie (though we later learn the film twists the credit of Wendell Smith)... it's interesting to think about the process of casting for 42 and discovering Boseman.  I want to know this story.

The setting of the film was crazy.  This flick felt like it had been carefully placed in its time, with the vintage tones of a baseball field that were dream-like.  It's something I'd like to learn more about... It reminds me of some other videos I've been seeing lately such as the vintage feel of the video by Blu (click here), and also the tone of Spike Lee's Red Hook Summer, another flick I highly recommend (on Netflix).  It takes me back to the feeling of those old VHS tapes from Rockenhausen and the way our memories play out in our minds sometime.

Overall, there were a lot of things I liked about the film that I wanted to learn more about.  Of course beginning with Jackie Robinson himself, but also the characters of his life, such as his wife Rachel Robinson, who is depicted by an incredible actress that starred in American Violet, Nicole Beharie.  It was also crazy to see such an accomplished actor such as James Pickens, Jr., who as soon as I heard the voice, I remembered from his role in Menace II Society ("...who you think you is Ron O'Neal!?!?") and Mr. Curtis from Dead Presidents.  Despite a deep catalog of steady work, it has been years since I've took notice of the acting brilliance of James Pickens, Jr.  And of course, there is Han Solo himself, the legendary Harrison Ford stepping into a role I've never seen him play before.  All across the board, each actor stepped up for 42.  Especially, one of my favorite characters I hope to learn more about, Wendell Smith, performed by Andre Holland.  I stumbled across a solid write up on Andre Holland and his role in 42 that you can read here by Bob Carlton: 'From Bessemer to Brooklyn: John Carroll Graduate Andre Holland Arrives in Jackie Robinson Film '42' (click here).

There is much to say about this flick, much to learn and dig through to truly understand the whole story.  What I loved most about this flick was how it inspired me to want to learn more.  Not only about Jackie Robinson, but about his wife Rachel Robinson, about Wendell Smith, about Branch Rickey, about his teammates and the story of the Brooklyn Dodgers, and those athletes that would follow in his foot steps... and pretty much everyone that has a story to tell about Jackie and that had been affected by his contribution to the world through the sport and life in general.

Pass the word.  This is one for the collections.

Until the next Redbox review, here are a few videos (interviews, clips, etc.).