"Athletic coaches play an extremely influential and unique role in the lives of young men, often serving as a parent or mentor to the boys they coach. Because of these special relationships, coaches are uniquely poised to positively influence how young men think and behave both on, and off, the field.

FUTURES’ Coaching Boys into Men (CBIM) program facilitates these connections by providing high school athletic coaches with the resources they need to promote respectful behavior among their players and help prevent relationship abuse, harassment, and sexual assault. For more than a decade, the program has been implemented in communities across the U.S. and around the world. From Sacramento and Dallas, to India and South Africa, the program’s messages have proven universal.

The CBIM curriculum consists of a series of coach-to-athlete trainings that illustrate ways to model respect and promote healthy relationships. The CBIM card series instructs coaches on how to incorporate themes associated with teamwork, integrity, fair play, and respect into their daily practice and routine.

CBIM first launched in 2001 as a national public service announcement campaign in partnership with the Advertising Council. The television, radio, print, and online ads leveraged over $123 million in donated media and catalyzed grassroots efforts in communities across the country. CBIM has since grown from a broad awareness and action campaign into a comprehensive violence prevention curriculum for coaches and their athletes." SOURCE
Posted by e1p44 at 12:28 PM No comments:

Email ThisBlogThis!Share to TwitterShare to FacebookShare to Pinterest
Labels: #CoachLife

What Does it Mean to Be Present? 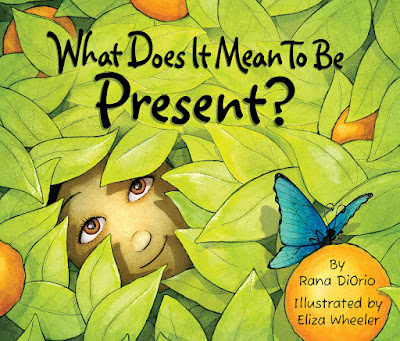 What Does It Mean to Be Present?
by Rana Diorio Illustrated by Eliza Wheeler

"This is the perfect book to start the New Year. It's the absolute cure for all of us (children and adults) who are overwhelmed with anxiety. The message of living in the moment gets lost with everything that is thrown at kids in school etc. Often times we ask kids to set goals when we come back from winter break as part of a New Year's activity. How about a simple goal like - Being Present. I'd love to explore this more with students. It's up to us to model this way of being. Lets get started!" SOURCE

Our latest featured link is to elementary school counselor Roxanne's blog at booksthathealkids.blogspot.com. The blog is updated with great and purposeful book recommendations for educators and children.  Its where I found out about the title below What Does it Mean to Be Present by Rana Diorio, illustrated by Eliza Wheeler. I've included a quote from Roxanne's thoughts about the book that she shared on her blog. Check it out and also follow her at other social media sites linked from her blog such as Facebook & Twitter.
Posted by e1p44 at 10:56 AM No comments: 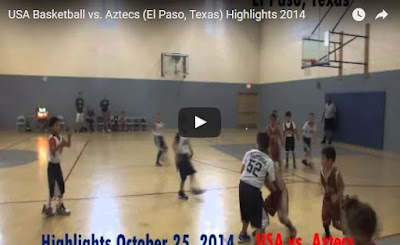 
Above is the first documented highlight video of the USA Basketball team to be uploaded to the RBros YouTube page youtube.com/rbros44.  The video was recorded by Lecroy, Jr. at the San Juan Recreational Center off of North Glenwood in East El Paso.  Being tied up with school and high school b-ball, this is also the first time Isaiah’s had the chance to coach alongside his older brother & head coach, Joshua.

The game was a close one, going back and forth until the Aztecs started pushing ahead in the second half.  USA Basketball didn’t give up though as I recall them bringing the game as close as one basket to retake the lead.  In the video you’ll see highlights from both squads, including a cameo from Lil’ Lucy jumping around in the beginning and crying for her play-doh towards the middle.

Considering how fast time passes, these videos are neat documents for when its time to look back at the great athletes that will be leading our high schools in the game of hoop in a few years.  I realized that following my youngest brother Isaiah when he started playing in 6th grade amongst a few youths who are today some of El Paso’s leading basketball athletes.

From time to time, we’ll have to dig into the archives to share photographs and videos.

This video is also an attempt to get back into the editing process since I’m still working on a few other projects for both of my brothers.  We’ll be sharing those soon.

This video also marks the beginning of E-Man’s channel on the RBros YouTube page youtube.com/rbros44.

Until the next one, enjoy!  Especially the families who’s children appear in the highlights!