#every1watch Life of a King 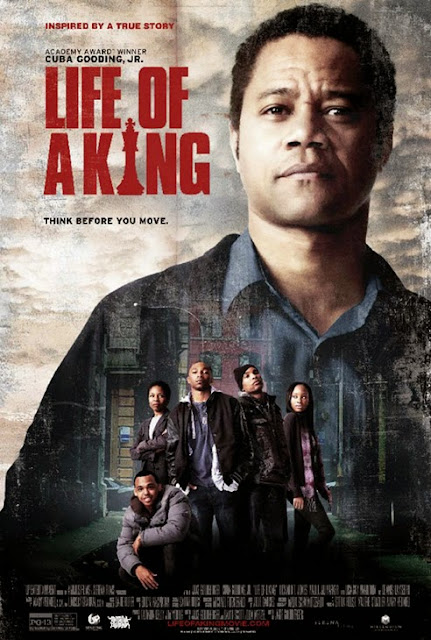 Life of a King

"Think Before You Move"

This was a good film.  Greater is the story it represents... it's about Eugene Brown, depicted in the film by Cuba Gooding, Jr. and a community chess program Brown started in Washington, DC, the Big Chair Chess Club.  It's also just as much a story about re-entry, beginning the day before Brown gets out of prison after several years incarcerated.  It begins with his chess mentor, Searcy, played by Dennis Haysbert, sharing his advice through the principles of the game as Brown prepared for his return back home.

What was unique about this film from others that follow similar "save the school" narratives is the success of the program actually doesn't develop from within the institution.  It's a move or two away from most "high school gone bad" flicks where the "cool educator hero" comes in and saves the entire class with an academic blazer for a cape.  Instead, it highlights the disconnection of school from community as Brown takes his vision for a Chess Club off  school grounds and into a community chess house on 4322 Sheriff Road.

The first film I saw starring Gooding was Boyz in the Hood, his first major role... I've enjoyed just about every movie I've seen with Gooding since.  He's amongst my generations greatest actors, and films like this speak for that.  More so, I appreciate the life it represents and promotes.  The flick inspired me to look up more information on the real Eugene Brown to learn more about the Big Chair Chess Club from his words.  Several videos are posted on YouTube as well as text interviews that will appear once you type "Eugene Brown" and "chess" into a search engine.

Definitely recommend this film to everyone.  The cast of young upcoming actors is great too.  It's one to add for a Chess filmography, right along with my other favorites such as Fresh, Searching for Bobby Fischer, Brooklyn Castle, Game Over Kasparov and the Machine and several others.

You can catch Life of a King on Netflix.

For more information on the Big Chair Chess Club check out bigchairchessclub.org.