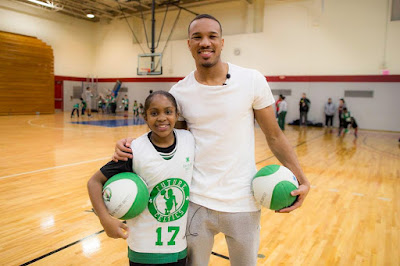 Our latest featured link will direct visitors to the jr.nba.com.  What is the Jr. NBA?  The Jr. NBA is the official youth basketball participation program of the NBA.  I’ve been visiting this website since last year checking out its resources on Twitter…at times retweeting inspiring quotes and watching NBA coaches talk about the core values of the Jr. NBA.

Everything about our love for basketball revolved around the NBA as kids.  Back when kids wasted allowance money collecting basketball trading cards, I probably knew the full names and statistics of basketball rosters by memory better then I knew the names and details of some of my own extended family members…and we’re talking about the megabyte sized memory of a 10 year old kid. To a child, the NBA has an overwhelming influence on how kids view future goals (“when I grow up I want to play for the NBA!!!”) and how kids socialize and connect with the greater community.  Whether you were playing with a summer league that referred to themselves by an NBA team name like the Lakers or Magic or were outside as a kid trying to debate who you thought was the best NBA basketball player in the world…for kids who love basketball, the NBA captivated our imagination while we were awake and wandered into our dreams while we slept.

As the 20th century came to a close (1990s) technology took the game beyond just a picture and a few stats on a trading card. Technology brought children closer to hoop through video games, increased broadcasts on TV, and news channels like ESPN or NBA Inside Stuff. Even magazines began to blend ink with the emerging Hip Hop culture that played the soundtrack to our adolescent years…it inspired the style on our feet creating a sneaker con$umer culture…inspired how we wore hats and the kinds of $tarter jackets we wished for during winter…til’ this day kids year round are walking adverti$ements for the NBA…short$, sock$, jersey$, bed sheet$, towel$…you name it the NBA sell$ it.

As we thought about the mission of #every1plays at the beginning and the kind of values we wanted to promote to kids and parents, the goal was to think about an approach that went beyond the superficial stuff. An approach I wanted to articulate in writing and document. My hope was to create a mission that would describe the core values of a team with greater purpose than simply winning or reducing one’s hoop dream to the wishful thinking that we could coach kids towards becoming a future lottery pick.  I thought about the teachable moments that exist in basketball that often get lost in the translation of competitive sports culture.  A culture funded by the bottom dollar politics of an entertainment mill that divests from children and community. The kind of culture that creates microcosms in communities where families simply can’t afford to get their kids involved in organized competitive sports or the “only the best” mentality of school sports.  And while we may see a glimpse of the NBA’s connection to community after a commercial about car insurance, a KIA, alcohol, or McDonalds…whether or not anything real exists for the future gets lost in the commercialized hype of being sold something.

Discovering the depth of the Jr. NBA and their philosophy and core character values helped me reflect on #every1plays…to encourage us to read on I decided to highlight this resource as a featured link. The site presents values that stress coaching as teaching and mentions what development can mean when we focus on a more positive, encouraging, and fun approach to what we do.  Values that explore what hard work means as it relates to positive outcomes that may go beyond the court and extend to life at home, school and in the community. Values that help us understand and reflect on what respect can mean, especially for adults who are in a position to facilitate these conversations with kids.  The site also notes how we think about the concept of fairness, not as a means to stifle competition, but in how we recognize and respond to a child’s skill set and how we support, encourage and challenge children to be resilient and if necessary help redefine their understanding of failure.  Most importantly, and I’ll quote directly from the site, I respect their emphasis on healthy living…“exercising regularly benefits both mind and body – leading to better health outcomes, greater energy levels, and enhanced classroom performance.”

As we continue to imagine #every1plays in the context of a more organized initiative, I look forward to referencing the Jr. NBA’s site for information.  We’re still understanding what this concept of #every1plays can be about in our own community.  Please do check out the Jr. NBA at jr.nba.com and follow on Twitter @jrNBA and Like at Facebook.com/jrNBA. 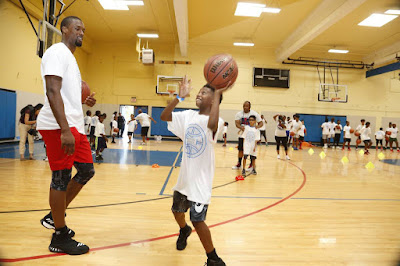 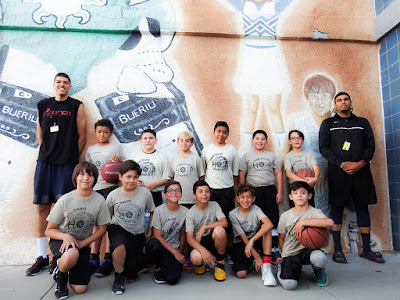 School is out and the summer is here!

Its been an eventful 1st half to 2017…everything from the name change of our #USAB squad…the start of the year with the #3v3 #every1plays Winter League…new #HoopDreams jerseys…our first attempt at sponsorship…new players on the roster…opportunities & new responsibilities on and off the court for the coaches…involvement from parents who helped us find new spaces to practice…the ups and downs of losing, getting better, winning, and losing again in the city league…and all the ideas we have to merge basketball & education for youth in the city and inform ourselves & others about resources that are out there.

There’s a lot to be grateful for…a lot to plan in the future and much more to document when time allows.  We’re most grateful this year for all the young people on the squad that showed up to play til’ the end.  As we get ready to transition into the summer months, we look forward for those moments when we can reflect again and share our thoughts.  We look forward to continuing to brainstorm and contribute ideas for how to open up more opportunities for kids to play and learn from not only the game of hoop, but the values of the game and other life lessons.

We wish everyone a wonderful summer…make it one worth reflecting back on when the Fall arrives!

Email ThisBlogThis!Share to TwitterShare to FacebookShare to Pinterest
Labels: e1pWWW

A note from the every1plays.org web Archive going back to March 3, 2015. 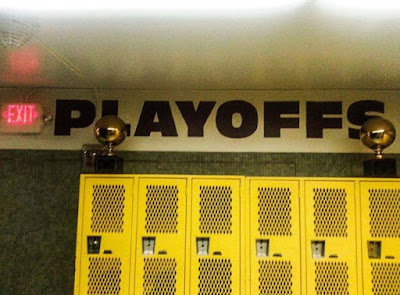 It’s going down, Andress vs. Bel Air … Many of the #WAB seniors grew up together playing ball in the Sun City… In middle school they all would compete against each other… from H.E. Charles, Basset, Terrace Hills to the champions at Nolan Richardson Middle. I got photographs of them all during this time. Win or lose, this will be their LAST game together as #WAB in El Paso … If they get the W it’s on to Snyder and the sweet sixteen this weekend.  As a family we’ll be turning the page on close to two decades at Andress High School, class of 99′, 08′, and 15′ for our youngest brother, Isaiah.

Much respect to everyone out on that court tonight from the players to coaches for bringing this to the city.  What’s even greater is the stories that will follow from such a talented group, on both the Andress and Bel Air side.

We’ll continue to share photographs, videos, and other clips that we’ve captured over the years here at the every1plays.org website.  It’s also time to check for the ones coming up.  From JV all the way down to the youth leagues throughout the city both boys and girls.  Til’ the next great game, thank you to the #WAB seniors for the memorable moments in b-ball out here.  We’ll be talking about y’all for years to come.